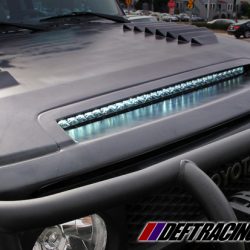 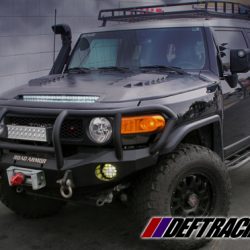 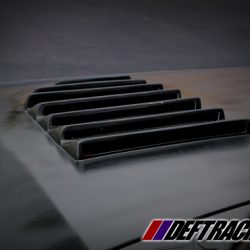 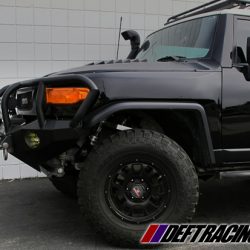 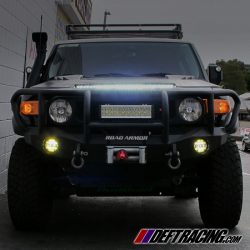 About our 06-UP Toyota FJ SPECTRE BAJA Vented Hood

Our Spectre Baja Hood takes the previously fake vent on the Toyota FJ stock hood and gives it a serious FUNCTIONAL upgrade. We widened the vent to 30 inches from it’s original size, and made it a true functional intake vent.. it’s not for looks any more. On top of that, we added 7 aggressive BAJA style exhaust vents on each side for engine bay cooling at speed or while crawling under load.

To add to the functionality, we made special brackets to mount a 30″ Single row offroad light in the vent space, so that you can now have the lowest profile 14,000+ lumens to ever grace the FJ cruiser.

The light is hidden UNDER your hood and peeks out the vent, but when you turn it on, it definitely gives you a ton of light for any offroad endeavour!

This page is brand new, and will be updated with more information! 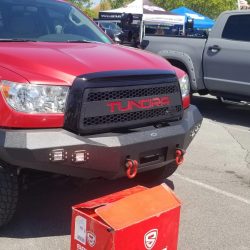 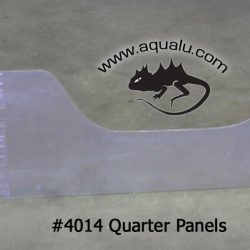 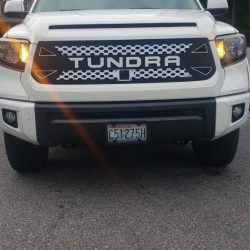 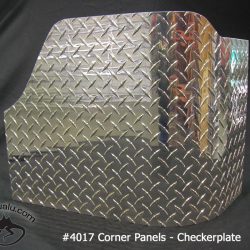 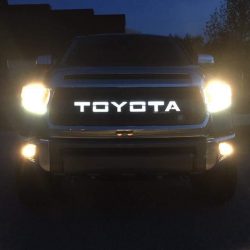